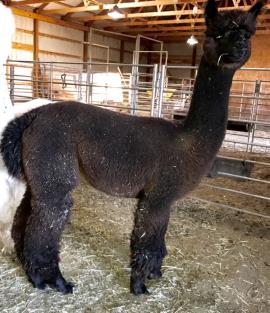 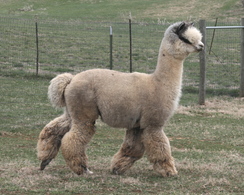 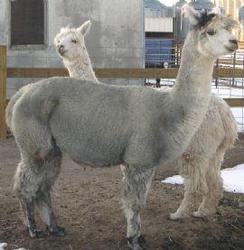 Her sire is none other than Emerald Farm's Orlando Cloud who is a light silver grey MULTI CHAMPION!! He has strong bone structure that is well proportioned and confirmationaly correct. He has received an amazing amount of attention at many shows for his exquisite look, softness, dense fiber with a beautiful tightly crimped architecture.

Jibodi is an excellent mother and good milk producer. She will be bred back to Empire’s Justified as the first pairing of Justifed X Jibodi produced a beautiful female with amazing fleece paired with a solid frame. 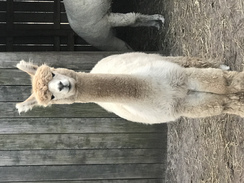